Food Poisoning: What To Do 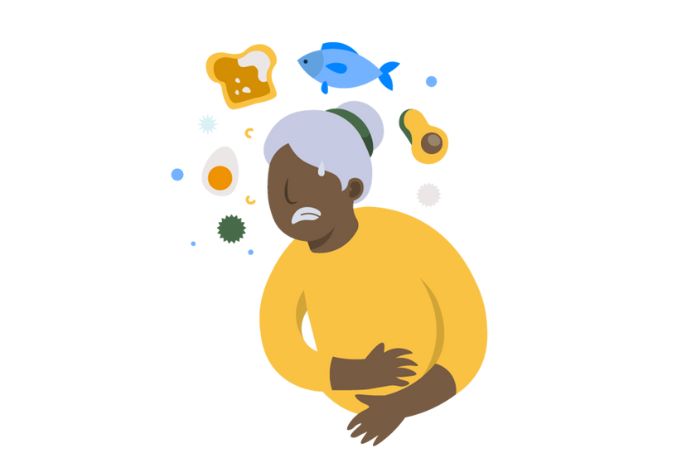 Drink plenty of fluids slowly. Rest without straining to vomit, and if it doesn’t go away in a couple of days.

The symptoms are apparent: from diarrhea to vomiting, from abdominal pain to headache: food poisoning should not be underestimated, even if, in the vast majority of cases, it is a transitory problem. And it is only necessary to have the patience, with the required countermeasures, that the effects of the intoxication pass.

Food poisoning can have different origins, and based on these, there are four very different types.

How Long Does Food Poisoning Last?

With the precautions we’ve seen, food poisoning lasts a few days. In some cases, however, the intestine may need more time to regain its full functionality and get back to functioning correctly. In this case, no force should be done. On the contrary, if the essential symptoms, from vomiting to headache, remain relevant, it is necessary to consult a doctor for appropriate therapy after the required investigations.

It can happen: you have eaten something contaminated with bacteria and suffered from food poisoning. Do not be scared and take the proper countermeasures, starting from a series of natural remedies that we will indicate, and you will see that in a short time, all ailments will disappear. Intoxication is particularly striking when you eat raw food, or in the case of a lunch in a restaurant where the quality of the dishes was not correct, but also at home, due to an error in the preparation of what you ate or insufficient cooking . . Keep in mind that due to its mild characteristics, intoxication is considered by doctors to be a sort of “food flu .”Nothing more. It is very different from a poisoning (think of mushrooms, shellfish, or canned spoiled food) that hits in severe form, with the symptoms that we will see, in particular people very young, elderly, or suffering from a chronic disease. In all these cases, the doctor must be called immediately, without waiting for the results of the natural remedies that risk not working.

The first symptoms of food poisoning are the clearest and leave no doubt: nausea, vomiting, and diarrhea. Also, add a sense of weakness and some stomach cramps. They are part of the ailments that arrive, in crescendo, in the first phase of intoxication, when you have to intervene with our advice.

Fill yourself with liquids. Starting with plain water, to drink in small sips and slowly to prevent the sensation of vomiting from increasing, or from an ice cube to suck as if it were candy. The bacteria irritate the intestinal tract and cause a lot of fluids to escape, probably on both sides. Drink lots of fluids, or you will become dehydrated. Water is the best replacement liquid, followed by other clear fluids such as apple juice, beef broth, or vegetable broth. Fizzy drinks are also acceptable as long as you drink them without bubbles. The bubbles would further irritate the stomach. And Coca-Cola out of gas, for reasons still unclear, has an added advantage; it lets you pass nausea. To quickly degas a fizzy drink, pour it back and forth into two glasses.

Try an anti-poison cocktail. Vomiting and diarrhea can cause you to lose essential electrolytes such as potassium, sodium, and glucose. You can replace them by drinking ready-made, readily available rehydrating saline solutions (such as Gatorade). Or try this rehydrating recipe: mix fruit juice (for potassium) with half a teaspoon of sugar or honey (for glucose) and a pinch of table salt (sodium chloride).

Don’t waste time and money on antacids. Antacids reduce stomach acid and weaken your antibacterial defenses. Bacteria are likely to multiply better and faster if you take an antacid unless prescribed by your doctor.

No medicines and rest. You need rest. Your body is trying to get rid of toxic germs. In some cases, taking anti-diarrheal medications can interfere with the body’s resources to beat the infection. So please stay away from medicines and let nature take its course. If you are convinced that something should be taken, consult your doctor first.

Don’t force yourself to throw up. Don’t let the word intoxication scare you to the point of putting two fingers down your throat. There is no need.

In the beginning, eat light foods. Typically, after the vomiting and diarrhea have subsided for a few hours, you are ready for some ‘good’ food. But take it easy. The stomach has been attacked; it is weak and irritated. Start with foods that are easy to digest. Try it with rusks, broth, crackers, boiled rice, or semolina. Avoid foods rich in fiber, very spicy foods, foods that are acidic, very fatty, or too sweet, and dairy products, which can irritate the stomach even more. Please do it for a day or two; then, the stomach will be ready to return to normal.

When to go to the doctor right away. Severe intoxication, which leads to actual poisoning, is recognized first and foremost by some indicators. Difficulty swallowing, speaking, and even breathing. Visual impairment, fever above 38 degrees, severe vomiting, i.e., unable to retain any fluid, diarrhea for more than one to two days, even bloody. In these conditions, your food poisoning, which usually passes in one or two days with the indicated remedies, requires immediate and urgent medical attention.

Also Read: Four Mistakes Of Those Who Do Intermittent Fasting To Lose Weight