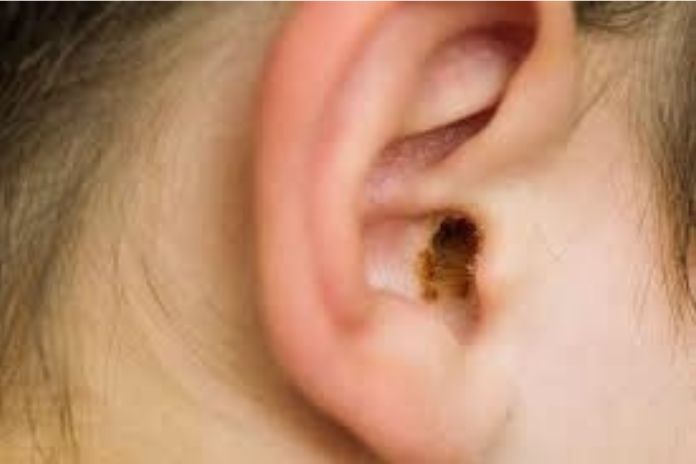 The wax plug that forms in the ears must be cautiously removed and with the right tools to avoid injury to the ear canal.

Earwax, What Is It

Earwax is a secretion produced inside the ear canal, usually the same color as pollen. Its composition is varied: the fattest secretions come from the sebaceous glands present, which mix with more liquid secretions produced by ceruminous glands and with keratin cells flaked from the walls of the external auditory duct. This mix makes earwax a mineral-rich humectant and an ear-protective antimicrobial substance. There are two types of earwax:

Earwax lubricates the duct and amalgamates various components, including dust, dirt, liquids, and viable bacteria. Through a self-washing mechanism of the ear, assisted by the opening and closing of the temporomandibular joint, the movement of the earwax is conveyed outwards, and the excesses are eliminated with regular daily cleansing.

Earwax Plug, Because It Forms

If the production of cerumen is higher than its exit speed, accumulations can damage hearing function because they adhere to the eardrum membrane and limit its vibrations. Real compact plugs of excess earwax can form, or plugs due to the absorption of water in the ears, such as swimming pool water, which swells the secretion and occupies all the available space.

The leading causes of the formation of plugs are not only attributable to an overproduction of cerumen but also to poor cleaning of the ears, the use of cotton swabs which pushes the secretions deep down, dermatitis, including seborrheic dermatitis or psoriasis, which see constant flaking of the skin of the ear. The ear canal uses night plugs or hearing aids that slow down the self-cleaning process of earwax.

Hearing difficulty, with the sensation of clogged ears, is the first sign of the possible formation of earwax plugs, accompanied by possible itching of the inner ear. Sometimes very compact plugs can cause problems with balance, sensations of vertigo, tinnitus, otalgia, or pain from inflammation or bacterial infection. If the earwax plug is black, it may have undergone an oxidation process, or there has been blood loss.

How To Remove Earwax Plug

When you suspect that you have condensed a plug of cerumen inside the ear, you should consult your general practitioner or the ear doctor in case you experience significant disturbances. Dry earwax is challenging to remove on your own. It is necessary to apply drops to soften and dissolve the accumulation of earwax.

Certain drugs are on the market with a solvent, humectant, and softening action. It is sufficient to tilt the head sideways and let a few drops slip, which will help dissolve the earwax. The doctor uses a syringe to flush with heated water and aspirate the stopper.

A valuable tool for cleaning the ears is a curette, a long, rounded hook that quickly penetrates the canal, anchors, and removes excess earwax. Curettage is a method that must be applied by an expert hand. It is preferred to the harmful cotton swabs that push and “stock” the secretions on the bottom.

In the pharmacy, it is possible to find cruising, a compound based on dimethylbenzene and sweet almond oil. It serves to dissolve the thickening of earwax. It is helpful in case of earache, in the presence of a gigantic earwax plug. It comes in the form of drops, which can be heated to facilitate the times of effectiveness. Do not try to remove the earwax plug with tweezers! It is an unsafe practice that can damage the walls of the ear canal and lead to infection.

It is possible to facilitate the elimination of the earwax plug by resorting to some grandmother’s remedies, extremely natural to soften the thickening of the secretions.

Ear health is essential because, in addition to being the organ of hearing, it presides over many other functions, such as controlling our balance and having correct phonation. In case of disturbances, a simple otoscopy at your doctor or trusted otorhinolaryngologist can provide valuable information on ear health.

Always Pay attention to the color and density of earwax because it could be the alarm bell of an ongoing infection. Do not use soaps or aggressive products that are not specific for the ear canal, but always cleanse the ears with oily substances that soften the earwax and are compatible with its composition.

Also Read: How To Cure Colds With Natural Remedies