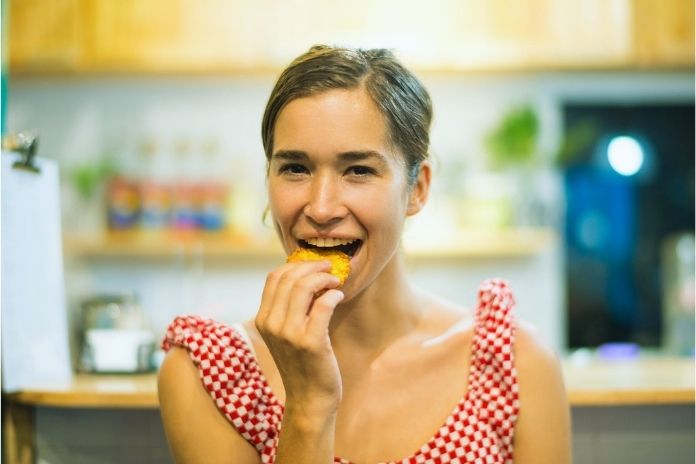 Almost everyone knows this feeling: Shortly after the last meal, hunger comes back faster than desired. That’s over now: These five foods fill you up in the long term and reduce the risk of unwanted food cravings.

The feeling of eating a lot but still not being full – who doesn’t know that?

Some days you’re more hungry than others, that’s normal.

Ignoring cravings isn’t a good idea, and you often end up in front of the candy aisle.

Instead of chocolate, chips, or other food sins, it is better to snack on these five healthy, filling foods.

Eggs provide vitamins and plenty of protein that keep you full for a long time.

The best way to start the day is with an omelet or whole meal bread topped with a boiled egg. That way, cravings don’t even arise.

A 2010 study by the University of Connecticut proved this: subjects who ate three eggs on toast for breakfast consumed around 400 fewer calories a day than those who ate a bagel with cream cheese for breakfast.

Although avocados are relatively high in fat and calories, they fill you up for a long time. The enzyme lipase in the fruit ensures good digestion and helps with weight loss.

Scientists from the University of Texas proved the latter in a study. For example, subjects who ate half a piece of fruit a day had a significantly lower risk of being overweight and developing belly fat.

Flaxseed contains a lot of healthy fiber that supports healthy digestion. In contrast to other foods, they stay in the large intestine for an exceptionally long time because they absorb water and swell there.

In a study, scientists from the University of Copenhagen proved the effectiveness: test subjects who received a shake with flaxseed then ate 30 percent less than those who drank their shake pure.

The slightly sharp taste of ginger curbs the appetite – the hormone leptin in the root is responsible for this, among other things. There is also plenty of vitamin C, which stimulates circulation, strengthens the immune system, and promotes blood circulation.

Tip: Drink water with a few slices of ginger and a little lemon between meals. This drink satisfies cravings, wakes you up, and is very healthy.

Chili peppers contain the active ingredient capsaicin, which has been shown to curb cravings for sweet and fatty foods.

Eating spicy food also burns more calories and stabilizes blood sugar levels. If you like spicy dishes, you can confidently spice up your food with chili.