Losing Weight: How Does The Brain Know When The Stomach Is Full? 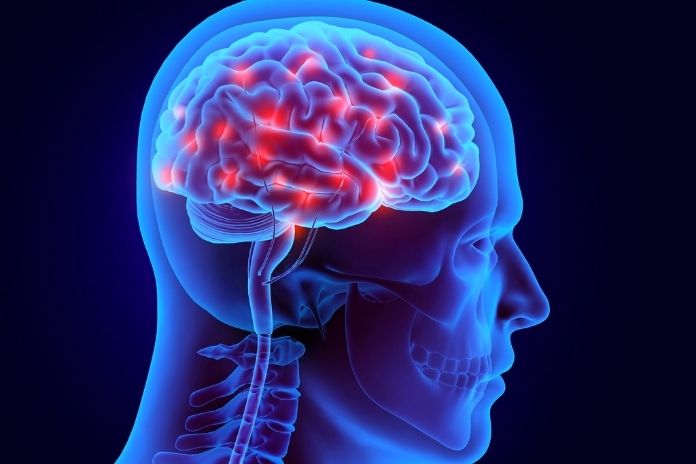 You were starving, but the next moment you are so complete that it is uncomfortable: many people make the mistake of eating beyond the feeling of satiety. The signal from the stomach to the brain that you are full is delayed. This is how you prevent overeating.

On average, it takes 20 to 30 minutes for saturation to set in. That’s why it happens to many people – especially people who eat quickly – that they continue to eat beyond their natural satiation.

This can lead to stomach pain and discomfort in the short term and even weight gain and obesity in a long time.

Anyone who knows how the transmission of the feeling of satiety from the digestive tract to the brain works can avoid both – and thus lose weight more quickly.

The first step to satiety takes place in the stomach itself. When food begins to fill the stomach, the stomach wall expands. Receptors report this to the brain.

However, that is still not enough, shown by the example of drinking. While liquid expands the stomach, if it’s water or another low-calorie beverage, it has no or not enough nutrients and energy to satisfy hunger, let alone induce satiety.

The nutrient and energy supply through the food supplied also play a role. Together with the stretching of the stomach wall, they influence the acute feeling of hunger but do not induce satiety. Certain hormones ensure this.

The Release Of Certain Hormones Leads To Satiety

Other satiety signals are sent via the release of the hormones cholecystokinin, insulin, and increased glucose levels.

With continued food intake, ghrelin – a growth hormone also known as the hunger hormone – decreases. Studies have shown that ghrelin levels are higher in the evening than in the morning, which explains why some people have little or no appetite in the morning.

A more recent study from 2018 has found reason to believe that the digestive system and the brain communicate in other ways. The researchers found synapses in a rare type of intestinal cell.

Synapses are neuronal connections between nerve cells and sensory, muscle or gland cells and are responsible for communication between the cells.

This discovery indicates a direct line of communication between the gut and the brain.

Other Influences On The Feeling Of Satiety

Research also cannot rule out a genetic influence on satiety. When saturation occurs and how long it lasts varies from person to person.

The setpoint theory states that these individual differences depend on the person’s ideal weight. According to the view, the unique feeling of hunger and satiety strives to maintain this perfect weight as much as possible.

The evolutionary tendency to eat up also has an indirect influence on satiety. Many people have been brought up this way and have developed their clean plate habits. The feeling of satiety is explicitly ignored.

Anyone who eats according to this principle over the long term will eventually have problems consciously perceiving their feeling of satiety. However, with patience and conscious eating, the connection to one’s feeling of satiety can be reestablished.

Tips To Lose Weight Without Starving Yourself

If you want to lose weight without starving yourself or simply want to improve your well-being by not eating beyond your natural fullness, the following tips may help.

A study was able to show that the pace of eating is of great importance for satiety. Eating slowly gives your body time to perceive the various satiety signals in good time. The longer you eat, the longer satiety hormones are released.

Overweight people often have a habit of eating quickly. You will be full faster, but you will consume more calories in less time and release fewer satiety hormones.

As a result, they eat more calories than they need and experience a reduced feeling of fullness.

Taking breaks during meals gives your body a chance to determine when you are full. Especially if you eat rather quickly, breaks can regulate your eating pace.

It is said that digestion begins in the mouth. If you chew your food often enough, not only does the food taste better, it also prevents digestive problems and promotes satiety.

The increased salivation is also passed on to the brain as a signal. In addition, frequent chewing of food also slows down eating speed.

It is said that each bite should be chewed 40 to 50 times. But you are also well advised to start with 20 chews per bite and generally make sure to chew more than usual.

Contrary to what most people may have learned, your plate doesn’t always have to be empty. Stop eating when you are full.

That doesn’t mean you have to throw away the leftovers. Leftovers often make an excellent side dish for the next meal, can be incorporated into it in other ways, or can be used as a quick snack for in-between meals the next day.