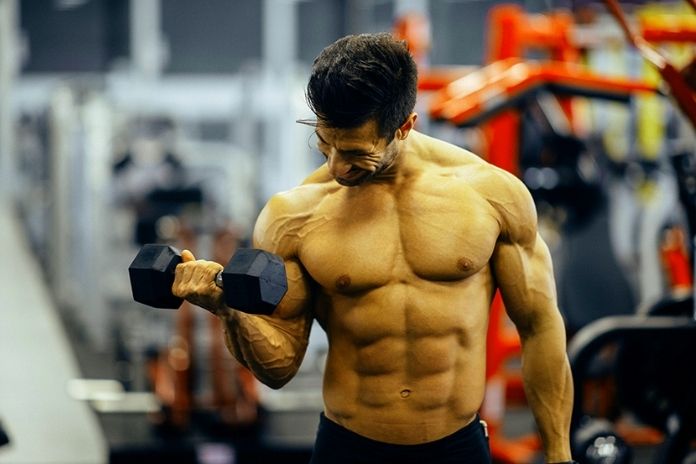 If you want well-defined washboard abs, you have to eat very differently than someone who wants to impress with muscular upper arms. If you want more muscles One thing is clear: Depending on how you want to shape your body, you will have to follow a different nutrition plan.

If you want to lose weight and especially body fat, you have two options: exercise and nutrition. The more we move, the more calories we burn. And the fewer calories we eat, the more energy the body has to draw from its reserves. In both cases, we accept. So if you want to lose weight permanently, you need a so-called calorie deficit. This is the only way to succeed.

Depending on how much you exercise per day, how active you are, and whether your brain is being challenged, the number of calories you consume per day will vary. The following average values ​​serve as a guide:

To lose weight healthily, you should consume about a third fewer calories per day than your body uses. 2 In addition, you can boost calorie consumption through more endurance sports or more exercise in everyday life. You can either reduce your meals as you feel or count the calories in your food at first to align your diet with a calorie deficit.

2nd Fitness Goal: I Want To Have A Six-Pack Finally

First, we have to be honest with you: Getting a six-pack is a very one-sided affair, yet it’s often considered the epitome of fitness. There are simply people who naturally put little or no fat on their stomachs. These lucky guys need a little exercise discipline and maybe a slight tweak to their diet (less junk food, fewer sweets), and those abs will start showing.

The situation is very different for people who have always had a slightly more muscular build or a slight tummy (from childhood) despite a slim figure. Unfortunately, hard work and iron discipline are called for here to model a nice six-pack. But above all: only those who work long-term on their fitness and healthy nutrition will keep their six-pack; otherwise, it will quickly be buried under the usual layer of fat.

The most important rule in the six-pack project is always: “Abs are made in the kitchen!” If you are dedicated to your six-pack dream, you should have a good basic level of fitness and do endurance sports at least once or twice a week because this stimulates fat metabolism.

However, it should be noted that it is not easy to track your own body because it has protective mechanisms in store. If you use intermittent fasting for a more extended period, the body goes into economy mode and uses less energy. It also tries to store more energy in fat when you stop intermittent fasting. The point here is to give the body a shock now and then and to lure the metabolism out of its comfort zone instead of getting used to a permanently low-calorie intake.

In any case, you should make sure that you provide the body with sufficient good nutrients during the calorie intake. Protein is also at the top here so that no muscles are broken down. But healthy fats, lots of vegetables, and a few quickly digestible carbohydrates are also essential. Dark rice and whole-grain products, for example, are digested more slowly and cause blood sugar levels to rise more gently. They also offer more fiber.

Men in particular not only want a fit body, but they also want a lot of muscle mass. That stretches so beautifully and impressively on the T-shirt on the upper arms and the chest. But that is anything but easy. Above all, the dream of many men to gain pure, defined muscle mass is a complex undertaking.

That’s why many bodybuilders and hobby strength athletes divide their training year into mass phases (also called “bulking”) and definition phases. Due to an intentional calorie surplus, you gain weight overall during the mass phase – often also fat. That’s why some actors look so bloated in paparazzi photos on the beach. They try to gain muscle mass as quickly as possible during non-shooting months and then starve themselves before the next film shoot so that they can impress viewers with fat-free muscles on the screen.

Learn How To Keep Your Body In Shape Without Sacrifices