Search
Search
HomeDietIntermittent Fasting: What Is It, Benefits And Care
DietWeight Loss Tips

Intermittent Fasting: What Is It, Benefits And Care 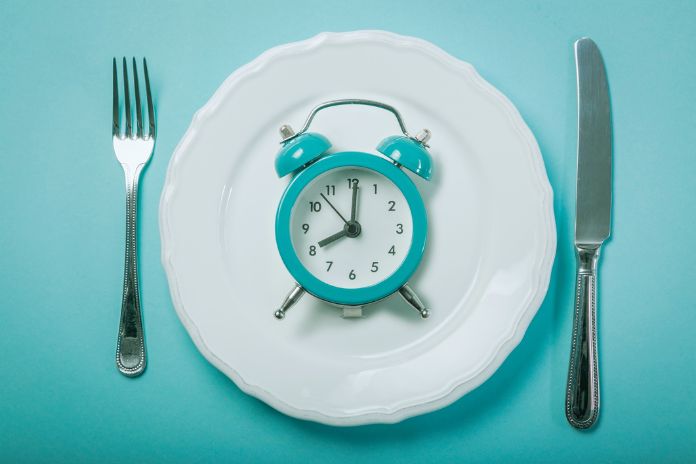 The intermittent diet is gaining more and more adherents. But then, is there a scientific basis that justifies adherence to this type of nutritional intervention?

The intermittent diet has become increasingly popular, gaining many followers and repercussions in the media. It consists of a diet that reduces food frequency, stipulating periods in which fasting should be practiced.

The formula of an intermittent fasting diet can vary in the length of food restriction. Still, the concept is always the same: alternating cycles of food deprivation with periods of eating, also called a food window.

What Is Intermittent Fasting?

In the literature, we found the following definition of fasting:

“a strategy that involves the total or partial restriction of energy consumption”.

All forms of intermittent fasting have cycles of food deprivation, some longer than others.

When we stop offering calories, our body uses more energy substrates from the body’s energy reserves than those obtained from meals; in this case, we cite body fats as an example of help.

How Did Intermittent Fasting Come About?

It is believed that the interest in this method of diet may have arisen after researchers observed in some studies that animals subjected to an intermittent diet ate less food than animals that received food at conventional times, these animals compensated for the deprivation at times when that food was available, but they still gained less weight.

In one of the studies that evaluated the implications of fasting on metabolism, it was observed that even with 50% less access to food, animals on the intermittent diet ingested the equivalent of 80% of the amount consumed by animals on a conventional diet.

In studies with animals subjected to fasting, a reduction of around 30% is observed in a neurotransmitter called Thyrotropin Releasing Hormone (TRH), which is associated with the release of thyroid hormones, which in turn are related to the rate of metabolism. In addition, what draws the attention of researchers is the significant increase in the neurotransmitters AGRP and NPY, responsible for regulating appetite. In some cases, individuals undergoing fasting have a lower need.

The researchers also study the behavior of the hormones ghrelin and leptin, responsible for controlling the feeling of hunger and satiety. Hungry.

Some studies show that intermittent fasting causes improvements in the following aspects: metabolic health, cognitive performance, reduction of obesity, removal of conditions linked to obesity such as hepatic steatosis (fatty liver) and reduction of chronic diseases such as diabetes and cancer. . However, such studies were not developed for long periods. For this reason, it cannot be said that this nutritional intervention of intermittent fasting is suitable for all people or that it is entirely safe.

The most practiced way is to fast daily for 16 hours, leaving the other 8 hours free for food.

The individual is free to eat for 8 hours daily, staying 16 hours without ingesting any food.

The individual does not eat two days a week, fasting throughout the day.

of complete fasting, and the individual chooses as many times as desired throughout the month.

Things To Consider When Doing

After a short time, the body uses muscle mass to provide energy for the activity.

Intermittent fasting should not be done by pregnant women, the elderly, adolescents or people with any pathology without guidance. Fasting can increase stress levels and disrupt sleep in some situations. Dehydration and feeling hungry can be common symptoms and result in headaches. Binge eating is an effect that can be caused by deprivation for long hours.

Intermittent fasting is not a good strategy for those who aim for hypertrophy, nor is it suitable for underweight people.

Another very worrying issue is that no one should train too fast or without food when the exercises happen. Those who teach without eating are at serious risk of feeling a lack of mood, discouragement, blurred vision, tiredness and symptoms that can appear and impair the activity.

Also Read: Four Mistakes Of Those Who Do Intermittent Fasting To Lose Weight

Gluten-Free Diet: Here Are Some Tips

Physical Activity After A Heart Attack