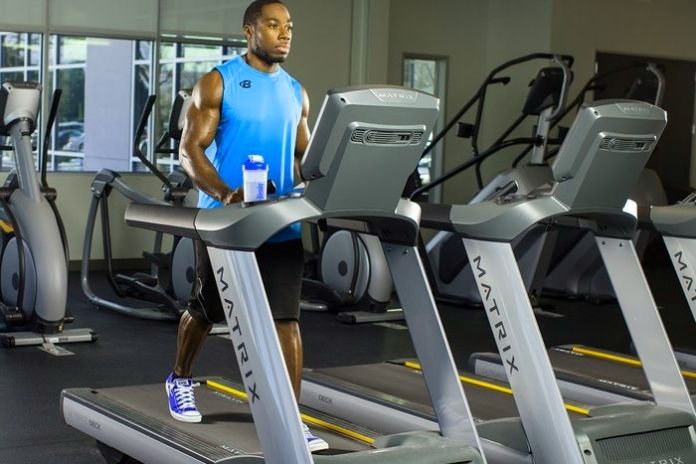 There are many ways to maximize your fat burning. We show you the best tips and essentials to achieving the most significant effects when reducing body fat.

The best news first: It is not true that fat burning only starts after half an hour of training. Even with smaller volumes, the body uses its fats as an energy source from the start.

However, there are tricks to increase fat burning and increase the weight loss effect when burning fat.

How Does Fat Burning Work?

An active metabolism is crucial for optimal fat burning. The body needs sufficient energy for a healthy metabolism.

It gets this energy in the three macronutrients: carbohydrates, fats, and proteins. With 9 calories per gram, fat is the most potent energy source.

Our body always falls back on the fastest available energy – and carbohydrates provide it. Only when the glycogen stores are exhausted and more power is needed does it use fat reserves – the little fat pads.

However, if you consume more calories than you use during the day, the excess energy ends up on your hips in the form of fat.

Fat burning occurs when the body breaks down ingested or existing fat for energy production. Fatty acids are formed, which give the cells the necessary drive.

Also Read: Eight Habits That Make Losing Weight Unnecessarily Difficult – And How To Get Rid Of Them

Burning Fat Is Not The Same As Losing Weight

Unfortunately, high fat burning does not automatically mean less body fat and fewer pounds on the scales – because the bottom line is that you only lose weight if you eat fewer calories than you burn.

And that over a more extended period. So don’t eat the calories saved during training twice or three times over – otherwise, you’ll quickly destroy the fat-burning effect.

Do you have a weight loss goal in mind? Then it is helpful to boost fat burning consciously. Easy Start: Drink lots of water – at least 2 liters a day. With a lack of liquid, the entire metabolic processes run very slowly – including the fat metabolism.

In addition, your energy expenditure increases by up to 100 calories if you drink at least two liters of water a day. And the feeling of hunger is suppressed.

In addition to drinking plenty of water, sport, everyday exercise, low-carb nutrition, and avoiding alcohol, there are many more tricks to improve or accelerate fat burning – you will find the 10 most effective tips at the end of the article.

How High Should The Body Fat Percentage Be?

The body fat percentage – KFA for short – indicates the total body weight consists of pure fat mass. Here a clear distinction should be made between men and women.

A healthy body fat percentage for an average-weight woman is between 20 and 28 percent in men between 13 and 20 percent. Age also plays a crucial role.

Be In A Calorie Deficit, But Don’t Crash Diets

Crash diets like the Thonon diet put additional stress on the body. The hormonal balance becomes imbalanced so that the critical testosterone production, which is essential for muscle building, falters, and the body also reacts with an increased release of cortisol. Cortisol is a stress hormone that stimulates appetite, promotes water retention, and promotes bloating.

Better: Make sure you eat a balanced and healthy diet. Stick to your macros (45 percent carbohydrates/ 30 percent fat/ 25 percent protein) and allow yourself a calorie deficit of 200 to a maximum of 500 calories – this is how you healthily lose weight.

Everything else creates a yo-yo effect, a reduction in muscle mass instead of fat reserves, and a slowdown in metabolism.

Tip: Calculate your basal metabolic rate in advance. Calories are easy to keep track of throughout the day with a fitness tracker and a calorie app.

Proteins are now your #1 food list. They boost your metabolism and keep you full for longer.

This is mainly because the body has to expend more energy to break down proteins into amino acids. We burn calories as we digest them. Almost a quarter of the nutritional value from protein is wasted without landing on our hips.

In addition, proteins are needed to build muscle, which has a positive effect on fat burning (see point 9). It is best to use a mix of plant-based ingredients ( tofu, lentils, soy flakes, pumpkin seeds, etc.). and animal protein suppliers.

This means Carbohydrates that are not consumed immediately go first to the muscles and liver in the form of glycogen, where they are stored. Excess carbohydrates are converted into fat and stored in fat cells when these stores are full.

When you eat a lot of simple carbohydrates, blood sugar levels rise pretty rapidly and then drop sharply. These are the situations where you get cravings. Simple carbohydrates are foods with a high glycemic index, such as baguettes, waffles, white rice, or potatoes.

They all have a low glycemic index that only minimally affects insulin levels.

Did you know that your daily food intake should consist of 30 percent healthy fats?

So, don’t demonize fat in your diet. For example, grab an avocado, flaxseed oil, almonds, walnuts, olive oil, flaxseed, and salmon. Instead, avoid trans fats — the so-called bad fat. It is in biscuits, fries, chips, and crackers – i.e., in everything that has been baked and fried for a long time.

Many people consider ” slim while sleeping “a cliché, but the duration and intensity of sleep are crucial for your diet success. Why?

Those who sleep too little (<7 hours) produce more ghrelin – a hormone responsible for controlling hunger and satiety.

It also slows down energy turnover and thus prevents fat stores from being broken down overnight.

Better: Establish a solid sleep routine and allow yourself seven to eight hours of sleep a night. In addition, scientists have shown that reducing calorie intake can improve your sleep.

According to a recent study by the German Institute for Nutritional Research Potsdam, green tea is confirmed to affect fat burning positively.

After a night’s rest, even if we wake up in between and drink a few sips of water, we are usually entirely dehydrated.

Therefore, it makes sense to drink a large glass of lukewarm lemon water immediately after getting up – it directly boosts the fat metabolism, provides us with essential vitamin C, and wakes us up just like coffee.

The reason: the ingredients capsaicin (chili) and gingerol (ginger) accelerate weight loss and at the same time cleanse the stomach and intestines.

tip: A ginger shot in the morning boosts your metabolism and, at the same time, makes you more alert than a cup of coffee.

However, it does not always have to be hot: cinnamon, turmeric, and mint can also promote fat burning.

Interval and endurance training are more effective in attacking fat reserves. Interval training in particular initially shows its effect: Canadian scientists have determined that fat burning is 36 percent higher with interval training than with a constantly moderate endurance program.

But it would help if you started building muscle after 1 to 2 weeks at the latest.

A simple formula: The more muscle mass you have, the more energy is used at rest and the higher the daily basal metabolic rate.

This means you could eat more without gaining weight.

This means that in addition to strength training, it would also make sense to schedule one or two cardio units such as jogging, swimming, aerobics, or HIIT training.

Alternating between aerobic and anaerobic training is the critical fat burner – it uses even more energy.

Try to train on an empty stomach in the morning from time to time. Carbohydrate stores are almost open at this point, so your body also has to use fat reserves to get energy.

Also Read: These Five Workouts Burn The Most Calories

Learn How To Keep Your Body In Shape Without Sacrifices