Makeup, Do You Know What’s Inside Your Face Powder? 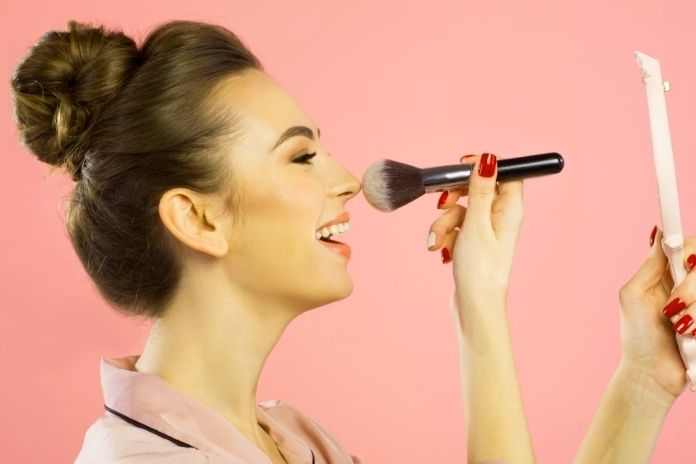 Compact face powder is one of the most used cosmetics due to its ability to improve the effectiveness of the skin, creating an even complexion. But what does it contain? A new test compared 20 brands of face powder. Many women always keep the powder in their bag to refresh their makeup when needed, improve their complexion or dull the nose. The problem, however, is choosing a product that is both effective and “clean” at the same time.

The new survey on powders conducted by oko-Test shows that traces of controversial substances can be hidden inside them (although always within the limits of the law), such as lead, arsenic, and nickel. The list of ingredients was first analyzed for all the samples. Still, the powders were then also tested in the laboratory to see if they were contaminated by heavy metals such as antimony, arsenic, lead, or nickel and by components of mineral oils.

The laboratories also looked for the presence of problematic fragrances and preservatives.

Only four products have obtained the highest marks and therefore are fully passed by the test, while almost a third of the powders analyzed is considered “inadequate.” Why? The products were contaminated with heavy metals such as lead, arsenic, or antimony in some cases. These metals arrive in the powders through various natural ingredients with which they are made and which are found underground. We are talking about minerals such as talc, kaolin, or silicon dioxide, which can absorb grease and moisture. Or a mixture of iron oxides and mica gives the powder its colored effects.

These components carry heavy metals in the dust because lead, arsenic, and antimony are also found naturally in the earth’s crust. Of course, using them deliberately in cosmetics is forbidden, but unintentional contamination is difficult to avoid and tolerate. The Federal Office for Consumer Protection and Food Safety (BVL) has set guideline values ​​for this unintentional contamination in face powders and considers it technically avoidable above a specific limit. The test refers precisely to these levels to define which powders are to be penalized and which are not.

The results show that 7 of the 20 tested powders exceeded them, but the German experts specify: The levels detected by the laboratory are still all in a range where there is no acute health risk. However, it must be said that these heavy metals are certainly not healthy for the skin, even if in tiny doses. Arsenic, especially in its inorganic form, is highly toxic and carcinogenic; lead accumulates in the body, has a half-life of up to 30 years in bones, and can lead to prolonged-term poisoning, while antimony is suspected of causing cancer in humans and is also irritating to the skin.

No product was found to be completely free of heavy metal contamination (not even natural cosmetics), but some powders were well below the limits set by the BVL. About half of the powders contain nickel, a known /allergen. Regarding the limits not to be exceeded for this contaminant, there is a recommendation from the Austrian Agency for Health and Nutrition. This is precisely what was considered by the test to evaluate the products.

Other controversial substances found in some face powders are parabens such as propylparaben, suspected of having an estrogenic effect and aromatic hydrocarbons in mineral oils ( MOAH ), which may include carcinogenic compounds. Finally, half of the conventional powders contain environmentally problematic silicones or synthetic polymers. Solid microplastics can also be found among these substances.

The Best And Worst Brands

The four best powders were Benecos Natural, Terra Naturi, Essence mattifying, and Got2b Powder’ful. On the other hand, among the worst products, marked in red as “insufficient,” there is the Laverna natural cosmetic powder (criticized in particular for its high antimony content), Pastell Compact by Max Factor, Fit Me by Maybelline, the Manhattan Soft Compact and Artdeco.

Also Read: Seven Tricks To Get Rid Of Dark Spots On Your Skin Naturally

How And Why Do Expression Lines Form On The Face?