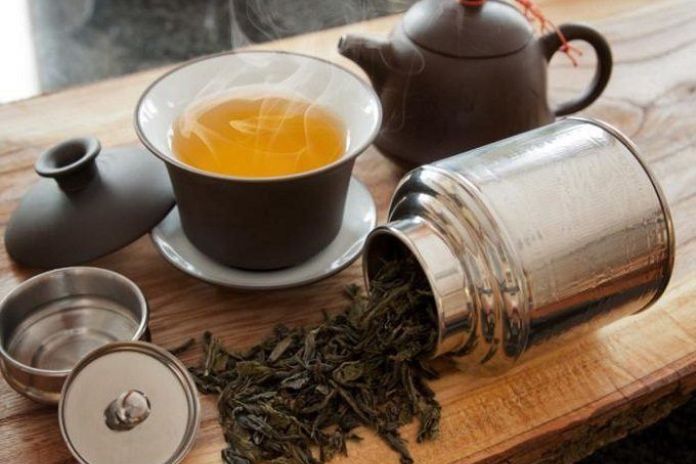 Thermogenic teas have been increasingly sought after by those who want to eliminate body fat, especially abdominal fat. This is because, when ingested every day, they can accelerate metabolism, burning more calories.

That way, besides being a great drink option for the winter, this type of drink may be what you want to boost your diet.

However, it would help if you combined the intake of this tea with a balanced diet and exercise. This makes it much easier to achieve your results.

Not adding sugar before or after preparing a thermogenic tea is also essential. If you miss the sweet taste, opt for natural sweeteners like stevia, xylitol or erythritol.

Green tea is a compelling option. This is because he can accelerate his metabolism due to the presence of caffeine in his leaves. It also works to reduce blood pressure and cholesterol levels.

Another positive point of this thermogenic tea is that it contains high antioxidants, slowing down cell aging. In addition, it also has essential nutrients for the human body, such as fluorine and potassium.

Using a maximum of 600 ml of green tea per day is recommended.

This tea is made from toasted yerba mate. It has theobromine and caffeine, stimulating fat burning and delivering more energy to those who consume it. Caffeine also acts on lipolysis, inhibiting the action of the phosphodiesterase enzyme and causing the breakdown of body fat cells.

This drink also has a diuretic action, being a great option even for diabetic people and contributing to good brain and heart health.

By consuming this drink before the main meals of the day, there is low cholesterol absorption by the small intestine.

Using a maximum of one liter of this thermogenic tea per day is recommended. That is around 15 to 20 bags per day or 20 grams of mate leaves.

This famous thermogenic tea is quite successful among people who drink it daily.

It is made from the Camellia Sinensis plant, just like green tea. The big difference between them is the method of preparation, the phase of harvesting the plant and the amount of caffeine. This is found in more significant quantities in black tea. Thus, both end up having the same nutrients and benefits.

Black tea is great for those who want to lose weight and fat. This happens mainly due to the presence of polyphenols and caffeine in their composition, which significantly accelerates the organism’s functioning.

Its intake is also capable of reducing appetite, in addition to inhibiting the action of enzymes that disrupt thermogenesis.

Drinking up to 900 ml of black tea daily is recommended. You can have up to three cups of this drink a day. Interestingly, you choose to consume it before the main meals.

Hibiscus tea is made using the dried bud of the Hibiscus Sabdariffa flower. It can prevent the increase of body fat, also reducing adipogenesis. This is nothing more than the maturation of pre-adipose cells that are converted into accumulated fat in the body.

Thus, it is possible to reduce the accumulation of fatty tissue on the hips and abdomen. This is due to the presence of antioxidants in the plant, such as quercetin and anthocyanin.

You can also use hibiscus tea to control your blood pressure and cholesterol.

The recommended amount for consumption of this drink is 200 ml per day. You can use 4 to 6 grams of dried flour or two tea bags.

In addition to being thermogenic, cinnamon helps metabolize insulin, modulating the absorption of sugar and carbohydrates. In this way, it prevents the accumulation of body fat.

Cinnamon also has anti-inflammatory action and is highly recommended for people with obesity, as obesity generates chronic inflammation.

It can be added to the other teas mentioned here, making them more “turbinated” and tasty, or to drinks like coffee and other foods.

It also hydrates the body, helping to eliminate toxins.

How To Prepare Tea

The correct preparation of teas is super important to maintain the property of its ingredients and enjoy its benefits.

In the case of herbs, you must put the water to boil and, when the first bubbles appear, turn it off and pour the water over the herbs or dry or fresh plants. Generally, the proportion is usually one spoonful of the dried herb or two spoonful’s of the fresh one for each cup of tea of ​​water. Cover and let rest for 5 to 15 minutes. Then strain and drink.