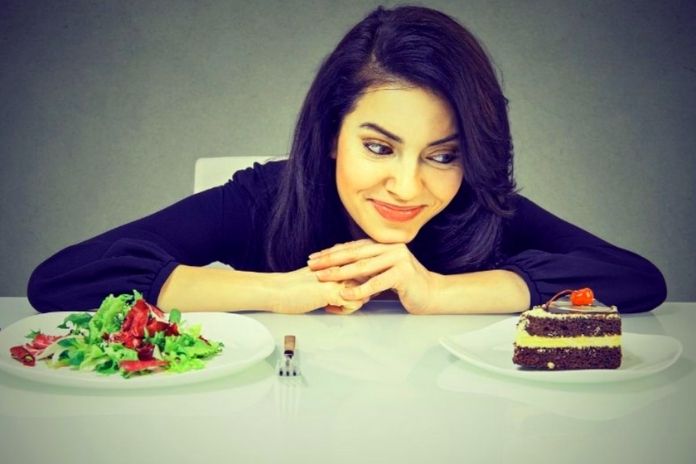 Food cravings are the enemy of any diet. According to a recent study, looking at a natural environment can help you train cravings and lose weight naturally.

A sudden craving for something sweet or salty will easily spoil any diet and wipe out your progress in seconds.

A new study from Plymouth now shows how nature can help you curb snack cravings.

The study – published in the journal Health & Place – is the first in the world to deal with this connection.

Can Nature Make You Slim?

Researchers examined the link between green space and the strength of cravings for food, alcohol, and nicotine and the experience of negative emotions.

The investigations dealt with whether subjects in the study had access to a garden or balcony and how often they used public green spaces. In addition, the proportion of green spaces in the people’s residential areas was measured.

In addition, the scientists observed the physical activities of their study participants.

The results showed reduced cravings for stimulants among those who had access to a garden or green space in the area. And that regardless of your physical activity!

The frequency of food cravings was also lower than in people without nature in front of the door.

Particularly surprising: Just looking out of the window at the park, meadow, forest, etc., had these positive effects.

Leanne Martin led the study as part of her master’s degree in Plymouth and said: “It is well known that living outdoors is related to a person’s well-being.” A similar effect simply by seeing green spaces opens up completely new dimensions.

Fewer Cravings For Cigarettes And Alcohol

According to the study, the appetite and the interest in smoking and alcohol were lower in people who had a clear view of green spaces from their windows.

However, the team pointed out that more studies are needed to understand better how nature can help people discourage or avoid developing unhealthy behaviors.

It should be noted that a natural environment can trigger positive feelings in the human body. These feelings reduce the risk of falling victim to food cravings.

How Do Food Cravings Come About?

Binge eating describes a strong desire for certain foods. These are mostly unhealthy, from sweet to greasy.

The most common mistake for cravings is misinterpreting thirst as a feeling of hunger and reaching for the snack drawer instead of water.

For example, if you choose chocolate, it has an unfavorable effect on blood sugar levels. It shoots up rapidly, and there is an increased release of insulin.

This, in turn, causes the blood sugar level to drop sharply. The result: renewed desire for sugar and hunger – a vicious circle.

Anyone who spends a lot of time in nature is happier in the long term and can thus avoid cravings and avoid alcohol, nicotine, and other harmful stimulants.

A balanced diet can also significantly contribute to avoiding binge eating during your diet.

The most important thing is, to be honest with yourself and distinguish between hunger, thirst, and appetite.