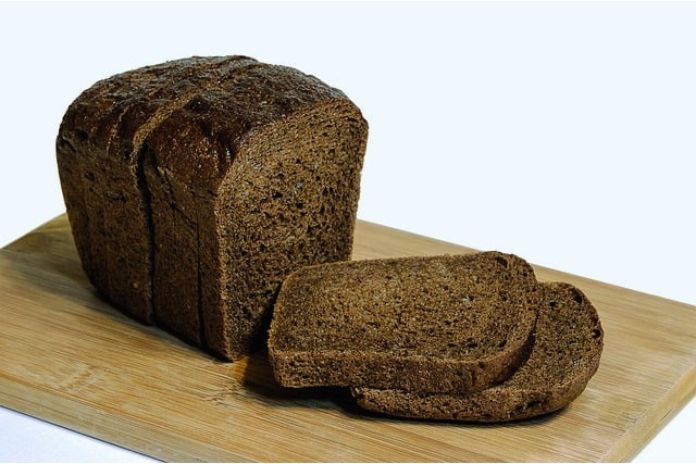 Low in calories and full of benefits, rye bread is an excellent ally for diet and health. Some types of bread, considered healthier because they are made with whole meal and naturally leavened flours, are attracting the attention of more and more people lately, and so is rye bread, which is one of the oldest bread, is making a comeback among lovers of Welfare. Also called black bread due to the dark color that the preparation assumes, it is prepared with flour obtained from rye, a cereal very rich in properties.

Initially, the latter is now one of the world’s top five most consumed bowls of cereal, so much so that it is grown in various countries. Rye bread is also produced and consumed in Italy, especially in the Alpine regions, where the one produced in the Valais has obtained the denomination of controlled origin. Some rye bread, especially those made with only rye flour, are dark and have a dense, moist texture because they have less gluten than whole wheat flour and are high in water.

They also have a more compact crumb than traditional bread and are often enriched with sunflower or flax seeds. This Scandinavian food, a must in the Nordic diet, has a more intense flavor and contains much more fiber than white bread, with a much lower calorie content. But what are the properties and benefits of rye bread? Let’s find out everything about this product: calories, glycemic index, and if any contraindications are deriving from its consumption.

Rye is an excellent source of vitamins and minerals. While this is nothing new compared to other whole grains, one of its main selling points is its naturally high fiber content making it heart-healthy, healthy to lower blood pressure and ideal for lazy bowls. Additionally, its slow transit time in the digestive tract and its ability to be only partially digested are beneficial to overall gut health. The amount of fiber in rye bread is about double that of most traditional wheat-based bread, and in addition to aiding digestion, it can also help you feel full longer after a meal.

Eating it for breakfast makes you feel less hungry before lunch and has a knock-on effect afterwards, so rye bread can help control your appetite and keep you feeling full throughout the day. These benefits make the intake of rye bread ideal as part of a balanced and low-calorie diet and can be useful for healthy weight management. In addition to these beneficial effects on the body, rye bread is a valid aid in preventing and treating constipation. Thanks to its nutrient richness, it is also attributed to an energetic and regenerating power.

Finally, even people suffering from high cholesterol can benefit from the properties of rye bread, thanks to its remarkable antioxidant properties, so much so that research published in the journal Nutrition, Metabolism and Cardiovascular Diseases recommends taking rye bread together with nuts and other oilseeds, which are rich in plant sterols.

The composition and nutritional values ​​​​of rye bread make it ideal for all people who aim for their well-being and embrace a balanced diet. In fact, for 100 grams of product, rye bread contains 37 grams of water, 45 grams of carbohydrates and only 1.70 grams of lipids. As if these values ​​weren’t already exceptional for a bakery, rye bread also boasts a high protein (8.3 grams) and fiber (4.60 grams) content.

Even in terms of micronutrients, rye bread is confirmed to be a health ally, thanks to the abundant presence of mineral salts such as calcium, potassium, phosphorus and iron (respectively 80, 190, 160 and 2.5 mg per 100 grams of bread) and vitamins, especially vitamins of group B (Thiamine 0.29 mg, Riboflavin 0.05 mg and Niacin 2.30 mg) and vitamin E. Furthermore, rye bread provides fewer calories than other types of bread, which can vary depending on the processing and degree of refinement of the flour used.

It is considered a low glycemic index food; therefore, especially if the percentage of rye flour is quite high, it may be preferable to other types of bread for people with diabetes. Even those suffering from high blood sugar can consume rye bread and prevent the blood sugar level from rising, causing unpleasant health consequences. Thanks to its low glycemic index, rye bread does not cause a surge in blood glucose, which can leave a feeling of tiredness and numbness a few hours after a meal. For this reason, high-fiber rye bread is better for stabilizing blood sugar levels than wheat bread.

While rye bread is generally healthy, it may have some drawbacks, including: